Since I am doing the 31 for 21 challenge for DS, I thought I would just talk about Down Syndrome a bit and Osiyyah.

Osiyyah was born along with his twin sister, Yophiyyah, on February 3rd, 2005. We did not know that Osiyyah had Down Syndrome until he was born. We heard that there was "bad" news, "the little boy might have down syndrome". Well, that's really not bad, and it has actually been a blessing! There have been a few small trials, like he had to have oxygen on for the first 6 weeks of his life, his speech isn't as clear as any other kid's (but I can understand him completely well most of the time!), etc. - but those are just small things, who really cares? He has not had a lot of health issues, which we are extremely thankful for.

Over the years, we've started to think that everyone should know someone with Down Syndrome. Osiyyah is so sweet, so special. He's just part of our family, like any other kid. With his speech, I'll talk to him like everyone else, but when other people are around that don't really understand him well, I'll have to "translate" for them :). It's pretty funny sometimes.

On the farm here, Osiyyah really likes all the animals so much and helps out a lot. He'll help milk the goats, put the goats back in their pens, feed them. He helps in the bunny barn a lot, and really likes to give the dogs baths. And besides the animals, he REALLY likes to clean, I think more than any other kid around here! The other day the house had to be cleaned up and I said something about it. Before I knew it, Osiyyah had gotten a broom out and started to sweep!

Well, that is my post for today. Saturdays are a busy day for us, so I guess I better go!

Have a good day, 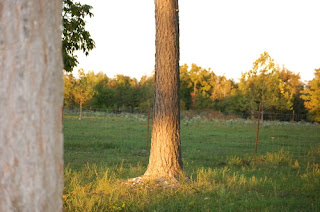 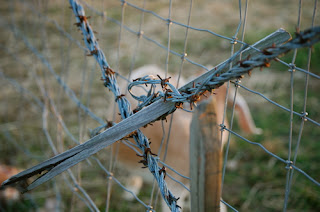