Well, obviously I did not have the time (or brain power, I guess) yesterday to schedule a blog post for today. . . it's late, but it's still today :)!

I got up at 5:45am to milk the goats, they weren't all too happy about that but got over it quickly. We got to the fair a little bit after 8am. The reason we were going was because my sister entered rabbits in the show on Friday, someone showed for her Saturday since she couldn't be there, and then we went today (Sunday). And I guess I didn't have to go, but wanted to for the fun of it.
SO, I've never really been to the Tulsa State Fair before... yikes, it's HUGE!! There were a crazy amount of rabbits, and they were also showing beef cattle, Boer goats, llamas and whatever else I am forgetting. It was fun, but I'm tired! Here are a few pictures from our day with captions, enjoy ;).
These were Percheron draft horses, their owners were getting them ready to pull the cart. These things were giant! One of the guys grooming them was 6'2" and the horses withers were still a few inches taller than him. . . very neat animals! 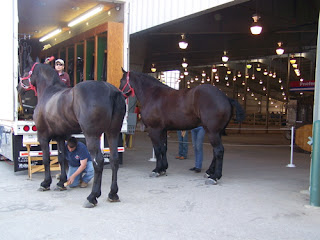 This little alpaca was in the petting zoo. He/she wasn't super friendly but not too wild. 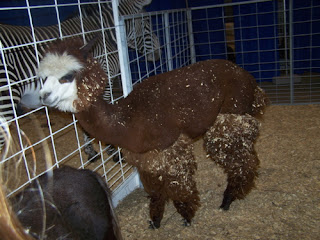 Osiyyah watching some of the petting zoo goats. They were friendly for feed and a few were just friendly, but then one of the workers went in there to catch a kid for a photo and obviously didn't know what he was doing. . . or was just making a show. . . and was jumping/jerking/chasing these goats all around the pen, just to catch this little kid. The goats were all freaked out by the time he was done and all the spectators were laughing. . . poor things (the goats, that is). 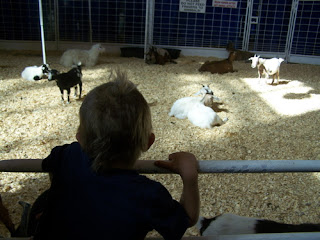 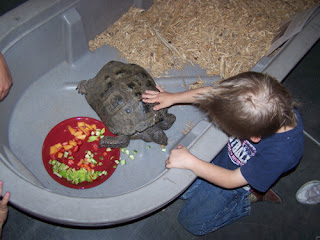 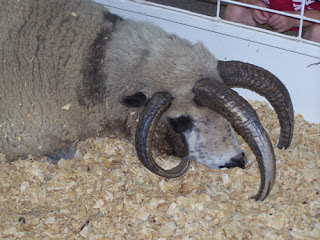 Some of us next to the camel. . . it's feet were pretty big. 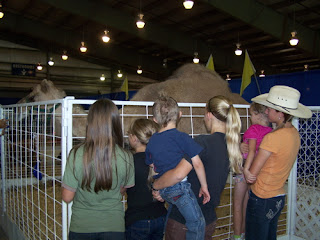 These things were in the petting zoo and weren't very "pet-able" :). I forget what they were called though. . . 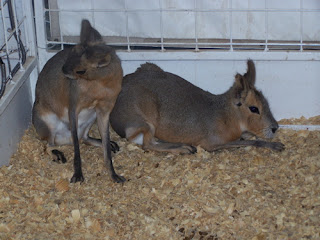 That's all the photos for now. . . and of course we didn't get ANY of the rabbit area.

I hope you had a good weekend, I did! Have a good night!