Well, it's been awhile since I last blogged, and that is because I have been busy! Busy with hay and goats. . . when am I not busy with those two things??

Willa's kids are both now at their new homes. Her buckling went to a young lady and her family who have a few other goats, just as pets, and he will be partly a house goat while he is small.
Willa's doeling, also went to a pet home but she is going to be potty trained and live in the house! She was such a sweet and small little doeling, I am so thankful she went there. Thank you Rebecca for giving her a good home!!

On the other hand, we got 2 more kids and a doe yesterday. We paid for the two kids (both does!) and her owner kindly gave us the doe so she will have a good home. Thank you very much Talena and family! The doe is an Alpine (unregistered), named Journey, and the two doelings are Nubian/Alpine. They were also just born last Monday (the 22nd), but they are so big - I am used to MINI kids :). Since they were being dam-raised, today I pulled them off her and am starting to bottle feed. So far, so good, and Journey seems to be doing just fine without them. I will have to get some pictures of them and post them. The two girls still need names. . . when I post pics, ideas will be welcomed ;)!

The next round of prego does are almost ready to pop. Aruba (Alpine) is on day 144 today and back in the kidding stalls. She is bred to a registered Alpine buck. And Blueberry, a Mini Nubian first freshener is on day 140 today. 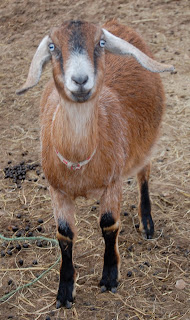 On the bad news side of things, a few weeks ago I noticed that one of my yearling does from last year, Frenchi, was looking very wide. Didn't think much of it. Then last week I looked at her and she has an udder! Not good, as I did NOT want her bred. Obviously she must have been in heat when the bucks broke in one of those times last year, and I didn't know it (I luted the does that I thought were in heat 12 days later). Oh well, all according to God's plan. I just really, really hope it was not the Boer that bred her and that her kidding goes well. She is 14 months old, so not bad, and she IS as big as Willa (which I guess isn't saying much since Willa is small, LOL!).

This morning I went down and watched my cousin and brother's train horses and took about 300 pictures. . . oops! Just one of the many photos, 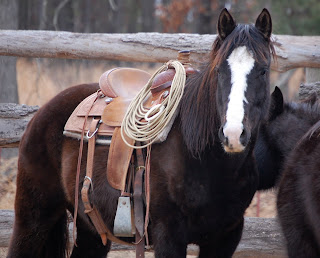 And since I have not posted about the llamas in a long time. . . they are definitely strange animals but, they are doing good ;). 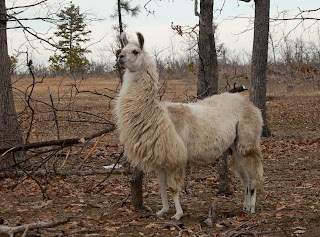 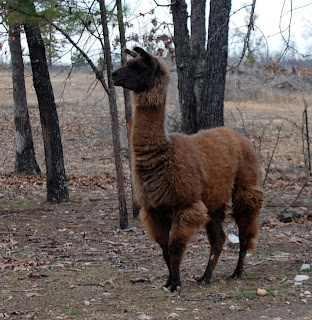 This is not a llama, but how can I leave out a picture of cute little Miss Molly? I think that is it for now. Have a good day!
Suriyah

I love Blueberry's eyes! And your puppy is a sweetheart. I hope all goes well with your next round of kidding!